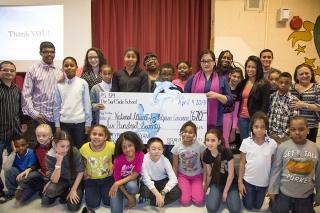 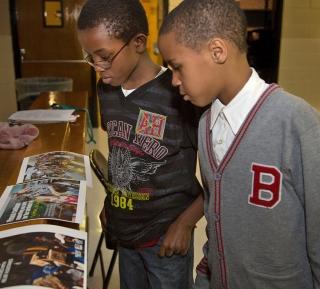 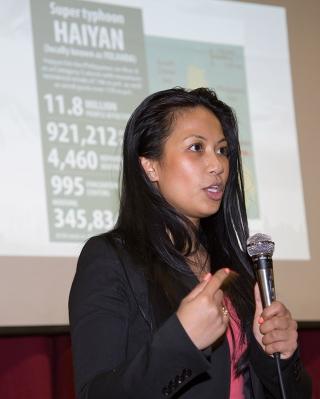 When Typhoon Haiyan hit the Philippines last year, Evita Hernaez, a speech pathologist at PS 329 in Coney Island, knew the students would understand what the victims were going through. PS 329 is a short walk from the ocean, and it bore the brunt of Hurricane Sandy’s wrath in October 2012.

The building suffered damage and is still using a temporary boiler. Also, many students from the school were displaced from their apartments and lost clothing and other belongings.

“People came to us to donate clothing, money and food,” Hernaez said. “I wanted the children to understand the concept of giving back. Of course, it’s worse there, without the resources we have.” Hernaez was born in the Philippines and still has family there, although not where the typhoon struck. She worked with fellow teachers Beruska White, Susan Alter and Nicole McCray to provide a primer on the Philippines for the students — where it’s located and how the typhoon devastated the Tacloban area.

For 11 weeks, students brought in loose change. Jars were set up in grades 3 through 5, although 2nd-graders also brought in their coins. The entire school community, including parents, contributed to the cause. The result: $725 was ultimately donated to the National Alliance for Filipino Concerns.

For Hernaez, it is another sign of the resilience of the students who had suffered through Sandy. “They have the ability to bounce back,” she said. “They persevered.”