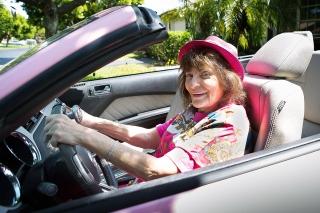 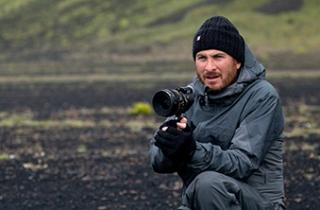 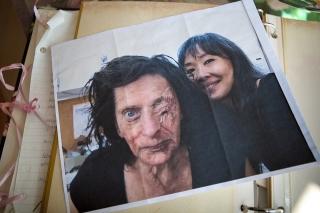 In her townhouse kitchen, with its pale pink coffeepot, hot pink TV and shocking pink walls, Vera Fried, a self-described “little old lady from Delray Beach” dressed head to toe in pink, is recounting how she buttonholed actor Russell Crowe, pointing her finger at him with an accusatory “YOU!!!!!”

“It took 12 takes. It was really exciting,” says Fried, who has a cameo in the movie “Noah,” an epic retelling of the biblical ark tale. “Russell Crowe was standing on the set kidding around, and Darren said, ‘Action!’ and Russell turned into Noah.”

But how did Fried, a retired teacher with no previous acting experience, turn into an extra who is now on a first-name basis with an Oscar-winning actor?

Because of Darren — Darren Aronofsky, that is, Oscar-nominated director of “Black Swan,” “The Wrestler,” “Requiem for a Dream” and now “Noah.” More than 30 years ago, Aronofsky was a student in Fried’s 6th-grade creative writing class, where young lives were changed with notebook paper, ballpoint pens and a role model of a woman who lived life on her terms.

Aronofsky recently recalled one of Fried’s lessons in an interview with the TV station NY1: “She asked everyone to write a poem based on peace, and it turned out it was a contest for the U.N., and I ended up winning it, and it was the first time I thought maybe, ‘Hey, wow, maybe I can be a writer, a storyteller.’”

The United Nations contest was easily one of the more routine assignments in Fried’s classes at Coney Island’s Mark Twain JHS for the Gifted and Talented. Students learned to write complaint letters to corporations and craft reference letters extolling the charms of the one-and-only Mrs. Fried, who would tell them, “When you become a writer, dedicate your first book to me.”

“I taught way the hell out of the box. Today, I would be fired in five minutes,” Fried says. “My gift was knowing each child had a gift. Even if they weren’t academically gifted, they were gifted in some way.”

Her search for their hidden talents began on the first day of school, when she asked each student to stand on a chair and tell her how terrific they were.

By the middle of the year, the 6th-graders each picked a single adjective to describe themselves, “and if the class agreed to the word, I let them have it,” Fried says.

Students then had to invent a planet around that adjective, and by year’s end, create for their planet a monetary system, sports leagues, movie ideas and a 12-page newspaper, including ads. “I worked their little tushies off,” Fried says.

A couple of years ago, an appreciative Aronofsky tracked down Fried to let her know that he’d dedicated his new graphic novel, “Noah,” to her. “I have thought a lot about you over the years. Your face, your spirit, your classroom, your projects,” his initial email to her reads. “I wanted to reach out and thank you. Thank you for the passion, for the love, for teaching me what a writer is.”

They began an email correspondence that led to Fried’s bit role as a one-eyed crone in “Noah.”

When she saw herself made up as a hag, “I said to Darren, ‘This is what you do to your teacher?’ He said, ‘You remember when you made me dress up as Alexander Hamilton? We’re even.’”

Growing up in Brooklyn, Fried didn’t dream of life in front of a blackboard. In the 1950s, “women could become a nurse or a teacher. I became married.”

But divorced by the age of 29, Fried needed a way to support herself and her child, so she went to college and became a teacher, for 25 school years. “I never expected it to be fulfilling,” she says. “We are very powerful people — underpaid but powerful. Most teachers aren’t aware that things they say can change a student’s life.”

But here’s the kicker: “Noah” isn’t the only tribute to Fried. Former student Boris Fishman got her permission to use her name as a character in his “A Replacement Life: A Novel,” which comes out in June.

Fishman accompanied Fried to the “Noah” premiere in New York City on March 19. “There’s no one else I’d rather have on my arm,” he says.

And Fried, just for the occasion, bought a pink suit.

A longer version of this feature first appeared in the March 23 issue of The Palm Beach Post. Reprinted with permission.