Colleague tells how Mark Janus benefits from a strong union 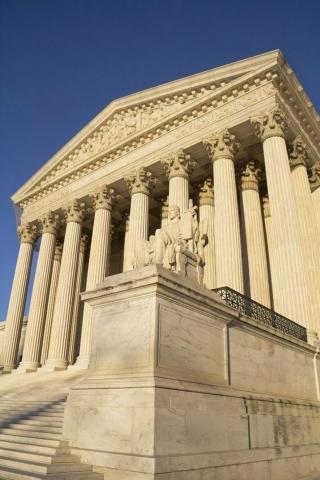 The public face of the federal lawsuit attacking unions — Illinois child support specialist Mark Janus — owes his own job to a union.

Janus has allowed his name to be the front for the lawsuit funded by right-wing billionaires that aims to destroy public sector unions by letting workers receive the benefits of a union without contributing toward the cost.

Donnie Killen, a co-worker of Mark Janus, counts the ways that Janus has benefited from union representation:

1. The union prevented Illinois Gov. Bruce Rauner from outsourcing and privatizing state employees’ jobs, including his own.

2. Janus has received $17,000 in union-negotiated raises during his time as a state employee.

3. The public — including the parents and kids Janus serves — has access to resources like child care that the union has fought to defend.

4. The union blocked the state of Illinois from doubling the cost of Janus’ health benefits and drastically reducing health coverage.

5. The union makes sure Janus’ office is warm in the winter and cool in the summer.

6. Thanks to the union, Janus will retire with a defined-benefit pension.

7. Janus can get sick and still have a job when he comes back.

8. The union ensured that Janus could be fairly hired, regardless of his politics.