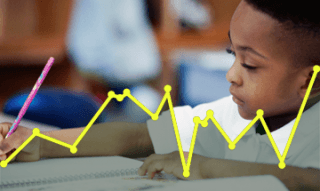 A Common Core task force convened by Gov. Andrew Cuomo released on Dec. 10 a report calling for a complete rewrite of state standards and related curriculum and tests.

As that process unfolds, the task force recommended that the state declare a ban on using state growth scores to evaluate students or teachers until the 2019-20 school year while it reviews and alters the Common Core Learning Standards, develops curriculum aligned to the updated standards and tries out new assessments.  Educators should be involved at every stage, the task force said.

“The task force report urges a fundamental reset of education policy in New York State,” wrote UFT President Michael Mulgrew in an email to members. “In contrast to the state's failed implementation of the Common Core standards, the task force says now is the time to get it right. It calls for the new system to be developed and implemented over time — and with educator input every step of the way.”

The governor is expected to embrace the task force report in his State of the State address on Jan. 13. The task force was formed after parents and educators across the state decried the growing fixation on high-stakes tests.

The prospect of eliminating state growth scores from teacher evaluation became a real possibility only after President Obama signed new federal education legislation on Dec. 10 to replace No Child Left Behind. The new law expressly forbids the federal government from mandating the use of tests scores in teacher evaluation and from mandating the use of Common Core standards.

“It is well-established that there were significant issues with the roll-out and implementation of the Common Core Standards causing parents, educators, and other stakeholders to lose trust in the system,” the report’s executive summary says, noting the failure to involve educators, lack of transparency and “complicated and difficult” state-written curriculums. The task force also singled out the current early-grade standards as not age-appropriate.

The task force calls for the rewritten standards to be implemented over the next four years, with appropriate accommodations made to meet the needs of special education students and English language learners. Teacher-created curriculum aligned to the standards would also be developed. The panel said tests should be shorter with questions and tasks that are developmentally appropriate for each grade.

A second task force, formed by State Education Commissioner MaryEllen Elia and the State Education Department, is continuing to work on revisions to the standards. It expects to report in June, but plans to make recommendations to the governor before his January address.

Commissioner Elia said last spring that she would eliminate questions from both the math and reading tests to make them shorter.

The recommendations of the governor’s task force now go to the Board of Regents with a decision expected in early 2016.