﻿The new U.S. teacher — not like she used to be

The U.S. teaching force has undergone major changes over the last 25 years. There are many more teachers — a million more. The teaching force as a whole got older from 1987 to 2008, but now the typical teacher is younger. Teachers today are less experienced, more diverse, more often female and, unfortunately, more likely to quit.

Richard Ingersoll at the University of Pennsylvania has been studying these trends for years and is a national expert on teacher attrition. His co-author Lisa Merrill is an associate at the Research Alliance for New York City Schools (and a former UFT chapter leader). Together with University of Pennsylvania doctoral student Daniel Stuckey, they released a major study in April, “Seven Trends: The Transformation of the Teaching Force,” which examined the changes. Some trends sound familiar, but others are quite surprising.

• The U.S. teaching force surged from 1987 to 2012, growing at a much faster rate than enrollment. Student enrollment rose by 19.4 percent while the teaching force rose by 46.4 percent, to nearly 3.8 million. (That upward trajectory was stalled somewhat by the layoffs of about 45,000 teachers following the 2008 recession.) The most dramatic increases took place in non-Catholic religious schools, not public schools, although in sheer numbers, of course, the public schools added many more teachers. 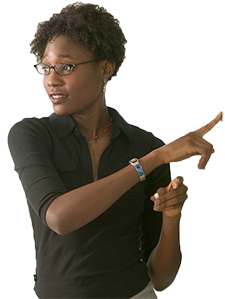 • Special education accounts for the largest share of the teacher increase. Reduced class sizes in elementary schools also contributed. (Nationally, they dropped from about 26 to 21 during that 25-year period, though sadly not in New York.) Prekindergarten teachers accounted for the biggest percentage increase (300 percent) though certainly not the biggest numerical jump.

• In middle and high schools, there has been a large redistribution of teachers across subject areas, with “winners and losers.” Among the losers are art, music and physical education. Among the winners, besides special education, are mathematics and science. The growth in math teachers (74 percent) and science teachers (86 percent) from 1987 to 2008 was likely driven by changes in graduation requirements.

• Another driver of the increase in teachers has been changes to the missions of schools. “Programmatic expansion has been going on for a century, as schools have continually been asked to take on more and more goals and tasks that were once the responsibility of parents, families and communities,” the authors write. 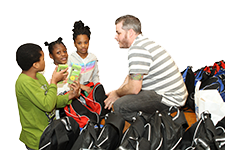 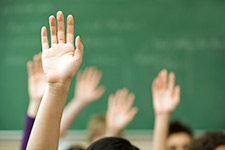 • Increasing numbers of teachers are female — women accounted for 76.1 percent of teachers in 2011–12, up from 66.9 percent in 1980–81. This is probably a result of rising female participation in the paid workforce in general. The authors say that women are coming into the profession with as strong or stronger academic credentials than in 1987–88. 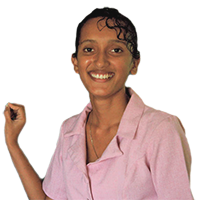 • The national teaching force has become less stable. The profession has always had fairly high attrition, but today 41 percent of teachers leave within five years of their hire date. First-year teachers have left at higher and higher rates since 1987. 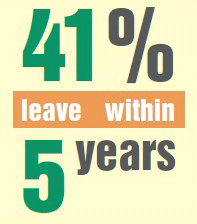 • Teachers are more diverse. About 12.4 percent of teachers belonged to minority groups in 1987–88; today the figure is 17.3 percent. The increase demonstrates a successful effort to recruit more minority teachers. 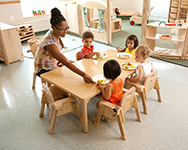 There is extensive research showing the harmful effects of high teacher turnover on students and schools. But what’s behind the turnover is not what some say — that new teachers drop in for a couple of years to build their resume, never intending to stay in the profession. Instead, according to Ingersoll and colleagues, teachers quit because of poor working conditions.

Asked why they were leaving, 45 percent of first-year teachers said they were unhappy with their jobs, many more than the 35 percent who left for family or personal reasons and the 21 percent bumped by a school staffing change. Low salaries, lack of classroom resources, student misbehavior and limited opportunities for input or growth were common complaints.

What would change this negative trend? Teachers who stay beyond their first few years are more often those who are well-trained and supported. In related research published in July, Ingersoll and Merrill found that what matters most in first-year teachers’ retention is the quality of their pedagogical preparation. Those who stayed had practice teaching, they understood how children learn, they spent time observing other classrooms and they got feedback on their own teaching.

Even Teach for America, the organization most associated with the two-year teacher model, has been rethinking preparation. It is piloting a full year’s training for a select group of new recruits. A second pilot will encourage teachers in the program to stay for five years.

The new U.S. teaching force will shape the coming generation of children. That they are more numerous and diverse are welcome trends. But they need better preparation and working conditions, and policymakers must take note.