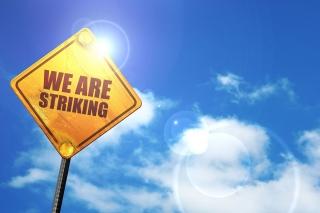 Public school teachers in Oakland, California, ended a seven-day strike on March 1 with a deal to boost teacher salaries by 14 percent and improve classroom conditions.

The four-year agreement calls for teachers to receive an 11 percent salary increase and a one-time 3 percent bonus. The deal also requires the district to reduce class sizes and hire more student support staff, including special education teachers and counselors.

“The contract will help ensure more teachers stay in Oakland and that more come to teach in our classrooms and support our students,” said Superintendent Kyla Johnson-Trammell.

The Oakland Education Association said the strike began because the situation in Oakland’s schools had become unsustainable: the combination of high stress and low wages produced excessive turnover in Oakland’s schools. More than 71 percent of new teachers in Oakland quit within five years, according to a report by GO Public Schools, a California-based nonprofit.

The city’s 86 schools were open during the strike, staffed by a skeleton crew of substitutes and administrators, but most students stayed away in support of their striking teachers.