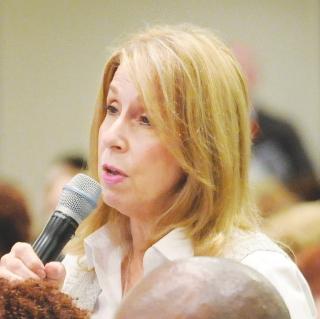 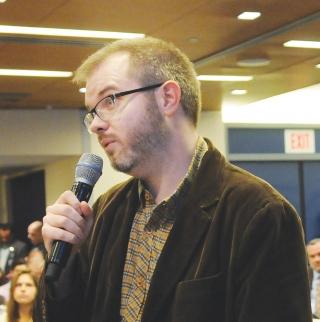 The UFT Delegate Assembly put an exclamation point on its November meeting by ending it with a resounding rejection of the education practices of Eva Moskowitz and her Success Academy Charter Schools.

To raucous applause, the delegate body unanimously approved a resolution calling for a moratorium on the opening of new Success Academy Charter Schools pending a full investigation of the disciplinary policies and high rate of suspensions at current Success schools.

The principal at one of Moskowitz’s schools maintained a “Got to Go” list of students that the school wanted out, The New York Times reported. Several recent news reports found that Success Academy schools repeatedly suspended challenging kindergartners and 1st-graders.

“Eva Moskowitz does not seem to educate all of her students the way we educate all of ours,” UFT Vice President Richard Mantell said when introducing the motion. When a student is deemed “not a good fit” by a Success principal, he added, “Eva somehow nags those parents to get that child out of her schools.”

The test scores that the Success network touts, Mantell said, “would not be valid” because the network does not educate its fair share of English language learners, students with disabilities and students with behavior problems. “We educate all of those students, and we do so gladly,” he said.

UFT President Michael Mulgrew commented about the Success scandal during his report.

“Eva Moskowitz got caught doing what we said she has been doing for years,” Mulgrew said. Once the evidence of the “Got to Go” list became public, he added, Moskowitz claimed that her schools “provide a safe and orderly alternative to the disorderly public schools. She no longer said she is doing what we do.”

Also during his report, Mulgrew noted a recent shift in the education conversation in the state, including on the commissions formed by the State Education Department and the governor to examine the Common Core standards.

“I have heard elected officials talking about over-testing the students and saying that the Common Core rollout was a disaster,” Mulgrew said. “When you start hearing elected officials and private people sitting on a commission using words like ‘developmentally appropriate’ and ‘scaffolding,’ that means we are getting our work done. We are teaching them.”

Mulgrew also reported on State Education Commissioner MaryEllen Elia’s decision to invoke the state’s new receivership law this November to give the Buffalo schools superintendent special powers to bypass the union contract in five schools designated as “persistently struggling” by the state.

“What the commissioner did was wrong,” Mulgrew said. “For the first time in the history of the state of New York, the collective-bargaining rights of a union’s members were thrown out, by law. Where is the Taylor Law?”

Mulgrew said there would probably be a court challenge of the ruling.