﻿A grave risk to our rights and benefits 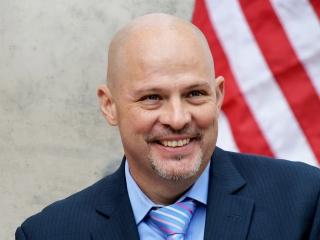 Let me start by wishing all of you a happy new year. But we will need to brace ourselves: Whatever you thought about 2016, you can be sure that 2017 will present us with even tougher challenges.

As the Trump administration takes office, we will be closely watching the confirmation hearings for Betsy DeVos to lead the U.S. Education Department and Andrew Puzder to head the Labor Department. With a track record of fierce advocacy for private-school vouchers and charter schools with little oversight or accountability, DeVos could do genuine harm to our public schools. Puzder, a fast-food executive, is an opponent of everything the labor movement stands for. We are prepared to do battle to protect public education and worker rights, and we have allies in Albany and City Hall who will stand with us in this important fight.

But there is another looming threat, close to home, that we must also address this year. New York voters will be asked in November 2017 — as they are every 20 years — if they want to hold a constitutional convention to revise and amend our state constitution.

Our message to voters is a resounding no. In the coming months, you will hear “wouldn’t it be nice” talk about what rights we could add or strengthen in our constitution. You should know we already have a legislative process in place to amend the New York State constitution without a convention. The state Legislature must pass a constitutional amendment in two consecutive legislative sessions and then it is put before New Yorkers in a statewide vote.

All that talk about protecting and expanding our rights through a convention is subterfuge for the real agenda motivating most people on the “yes” side: the opportunity to roll back rights now protected by the state constitution. With those rights now vulnerable given Republican control of the presidency and both Houses of Congress, it is more important than ever that we stand firm here at home.

What’s at stake? Everything. If the voters approve a convention, it will open up the entire New York State constitution for revision. The rights now enshrined in the constitution will all be fair game: pension benefits, the right to collectively bargain, the right to Workers’ Compensation, workplace safety and health protections, the right to organize, public education funding, civil rights, social welfare benefits and environmental protections.

The health of our pensions could be at risk: Under the New York State constitution, the state is required to keep the pension system soundly funded. You have only to look across the Hudson River to see what would happen without that protection in the state constitution. In New Jersey, state employees have seen their retirement security vanish; the unfunded pension liability is $44 billion because governors of both parties for decades have either delayed contributions to the public pension funds or borrowed heavily against the funds. The New Jersey public pension system now ranks as the worst-funded system in the country, below Kentucky and Illinois. According to The Star-Ledger, the plan for New Jersey teachers is scheduled to run out of money in 2027, and the plan for state police and government workers in 2033. This is the stuff of nightmares.

If New York voters approve a constitutional convention in November, delegates to the convention would be elected in 2018 — three from each of New York’s Senate Districts and 15 at-large delegates. Once those delegates are elected, they would meet in Albany in 2019 to discuss changes to the constitution; any amendments approved by more than half of the delegates would then go before the voters for final approval.

We already know how those who oppose social justice and worker rights can pour millions of dollars into a campaign and spread lies about unions, workers, civil rights and climate change. You can be sure our Wall Street-backed opponents will invest heavily to gain control of a state convention to rewrite the constitution. The opportunities for mischief by a newly energized right wing are great. We cannot give them an opening to cause deep and lasting harm to our members and the working people of this state.

We are living in a strange moment in history, where “fake news” can sway millions of people and rumors can take on the sheen of fact. That’s why your voice is more important than ever. Talk to your friends and colleagues about the harm that a state constitutional convention can cause to working people, unionism, public education and the environment. Our ability to fight the coming attacks at the federal level will depend a good deal on whether we can hold the line in our own backyard.