Do you have poor habits or an eating disorder? 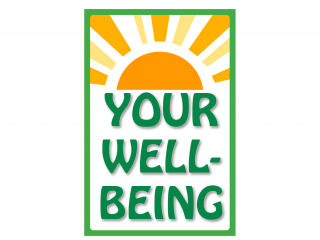 If you’re not making a conscious effort to eat well while working in a school, you can make poor choices because you are pressured for time. And, if you don’t pack your own lunch, you may not have many healthy options available.

Some signs of poor eating habits are mindless eating, emotional eating, skipping breakfast, not getting enough sleep (research shows this makes you eat more during the day) and eating junk food.

There is a clear distinction, however, between poor eating habits and an eating disorder. Eating disorders are real and treatable mental health concerns that are characterized by an obsessive concern with food, fear of gaining weight, distorted body image and food restriction.

Common to all eating disorders are a constellation of traits that include anxiety, impaired psychological or emotional health, low self-esteem, perfectionism or impulsive behavior.

Here are some common eating disorders:

Anorexia nervosa is the refusal to eat and the intense fear of gaining weight. It results in extreme thinness, which the affected person does not perceive. It may be experienced as a form of control over consumption and a struggle for perfection. Anorexia nervosa can permanently damage the heart, digestive system and bones and can lead to death if not treated.

Bulimia nervosa is characterized by cyclical episodes of binging and purging and can also be a life-threatening disorder. Those who suffer from bulimia consume more food than most in a short period of time, then purge through vomiting, using laxatives, diuretics, enemas or excessive fasting. It is experienced as a lack of control over food consumption.

Binge eating is consuming large amounts of food in a short time period, accompanied by a feeling of being out of control over eating.

Eating disorders are two-and-a-half times more common in women and girls than in men and boys, and the onset is frequently during the teen years.

If you or someone you know is struggling with an eating disorder, it should be taken seriously — seek professional treatment. A good starting place is the UFT’s Member Assistance Program, which can make referrals for professional help.

More in
Your Well-being
Close