Sterling Roberson has devoted thirty years of his public school career ensuring that New York City’s students receive a quality academic education with career-ready skills in a healthy and safe learning environment. He brings this lifelong commitment to his role as vice president for career and technical education high schools, to which he was elected in September 2009.

In the early1980s, Sterling entered the Substitute Vocational Assistant (SVA) Program and graduated in its inaugural class. Later renamed “Success Via Apprenticeship,” this five-year internship program launched Sterling into full-time teaching, where he instructed students in technical electronics at Samuel Gompers HS, Sterling brought his electronics skills to shop classrooms, the precursor of today’s CTE.

Sterling seamlessly progressed from advancing safe conditions in the shop classroom to promoting safety throughout the school and the surrounding community. He served for seven years as a violence prevention facilitator and school safety specialist for the UFT’s Victim Support Program and the union’s School Safety Department.

A respected natural leader and relationship-builder, Sterling was later named director of school safety, where he championed safety for UFT members and their students and built constructive relationships between the schools, law enforcement and the community.

As vice president for Career and Technical Education high schools, he has organized forums and national conferences that have brought together CTE educators, experts and industry partners in his tireless efforts to expand CTE learning opportunities for students.

Sterling is recognized around the city and state for his work and is the recipient of numerous civic and labor awards, including the 2003 Leadership Award from the Selective Corporate Internship Program and the New York City NAACP 2014 Man of the Year, among others. 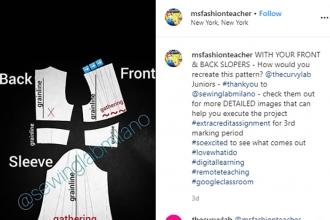 When the coronavirus crisis forced city public schools to make the transition to remote learning, career and technical education teachers faced an additional hurdle: how to recreate the hands-on learning that is so important for getting students career ready.