Evelyn DeJesus is the vice president for education. She earned a BA in psychology, a MS Ed in education and public administration from Baruch College, an MS Ed in reading and curriculum development from Fordham University and an additional 30 credits in reading from New York University.

A skilled teacher and trained administrator, Evelyn DeJesus is a forceful advocate for justice undaunted and unafraid to speak truth to power.

DeJesus traveled an unexpected road from an engaged parent to educator and trade unionist. Her activism began when one of her daughters became ill during a school construction project. DeJesus publicly exposed the toxic environment. Her courageous whistleblowing actions led to what’s now commonly known as the Great Asbestos Scandal of 1993.

DeJesus’ innovative instructional strategies soon became the model within District 2 for collaborative team teaching and her classroom became a lab site for visitors and instructional leaders throughout the state and nation. Distinguished among educators in her district, DeJesus was selected for inclusion in the Aspiring Leaders Institute for prospective principals. While DeJesus graduated with all the qualifications to attain a school leadership position, she channeled her passion and full commitment to the UFT.

DeJesus was tapped to become the district representative for District 2 and subsequently chosen as the Manhattan borough representative, a position she held for seven years prior to becoming the vice president for education in the fall of 2014.

DeJesus’s insight and counsel is sought in a variety of key positions at the state and national levels through her service on the NYSUT Board of Directors and NYSUT Executive Council, the New York State Labor and Religion Coalition and the Executive Board of the AFT Latino Caucus. DeJesus was elected as an AFT vice president at its national convention in July 2014 where she sits on the AFT Executive Council Policy and Program and Human and Civil Rights committees, AFT English Language Learners Cadre, and chair of the AFT Latino Task Force offering program and policy recommendations at the federal level. She was newly elected to the National Association of Bilingual Education Executive Regional Board. Additionally in August 2014, DeJesus was elected as the AFT’s national vice president of Latino advancement. In December of 2016 DeJesus was appointed to the advisory council of Congressional Hispanic Caucus Institute. She is a chairman and leading voice directing our own UFT Charter High School and a member of the UFT Executive Board.

DeJesus’s spirituality extends into every aspect of her and she credits her faith for her achievements. DeJesus is also a New York State Chaplain under the NYS Chaplain Task Force. DeJesus is the proud wife of Louie and the mother of two beautiful daughters, Tiffany and Kristina. She has been blessed with four grandchildren. 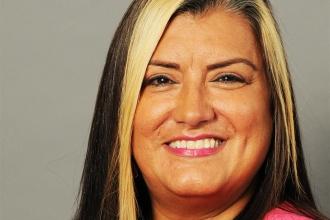 Teacher evaluation has long been a contentious issue, but changes negotiated in the 2018 DOE-UFT contract provide an opportunity to make the observation process the partnership it was meant to be.