Biden has promised to appoint a teacher as the new education secretary to succeed Betsy DeVos, who had no education experience.*

Jill Biden, the next first lady and a former high school teacher, is a community college professor and a member of the National Education Association.

"Teaching isn't just what she does — it's who she is," Joe Biden said in his presidential victory speech on Nov. 7. "For America's educators, this is a great day: You're going to have one of your own in the White House."

In a Nov. 16 speech to the National Education Association as well as the American Federation of Teachers, Jill Biden promised educators that the Biden administration would "make sure that your voices are leading this movement. Educators, this is our moment."

Biden is expected to have a closer relationship with teachers unions than the Trump administration or even President Obama's administration, which included school reformer Arne Duncan as education secretary.

Biden's transition committee for education has been led by Linda Darling-Hammond, the president of the California State Board of Education and a highly respected education professor. Four of the committee's 20 members work for national teachers unions.

Some of Biden's most ambitious education plans may be curtailed if Republicans retain control of the U.S. Senate, but he will be able to roll back the Trump administration's restrictions on students' civil rights on his own.

Here are some specific areas where the education department in a Biden-Harris administration is poised to diverge significantly from the prior administration:

The Trump administration demanded that public schools across the nation reopen, even as the coronavirus was raging in many states. School districts received some stimulus funding in the spring, but nothing since.

In his campaign for president, Biden promised to triple Title I funding for schools serving large numbers of low-income students. He also called for doubling the number of psychologists, counselors, nurses and social workers in the nation's schools. Funding universal prekindergarten for 3- and 4-year olds is another policy goal.

Those initiatives, which would cost billions of dollars, will likely have to take a back seat to the funding needs triggered by the pandemic and will face challenges in Congress if Republicans hold on to their majority in the U.S. Senate.

Both the Obama and Trump administrations supported the growth of charter schools. By contrast, Biden has called for greater scrutiny and accountability for charters.

DeVos revoked guidance that allowed transgender students to choose the school bathroom that corresponded with their gender identity. She also rolled back a federal guideline directing schools not to discipline Black and Latino students at higher rates.

Biden can restore these rules immediately because they were not put through the regulatory process or enacted into law.

Rescinding the new Title IX rules will likely take longer since the change will require formal regulations or legislative action.

The Biden administration is expected to hold for-profit colleges accountable again and prioritize loan forgiveness for the students they cheated, including some of those whose claims were denied during DeVos' tenure.

On the campaign trail, Biden called for forgiving $10,000 of debt each for the 43 million Americans with federal student loans.

*Editor's Note: President-elect Biden on Dec. 22 nominated Dr. Miguel Cardona, the Connecticut state education commissioner, to be his education secretary. Cardona has 20 years of experience as a teacher and administrator. 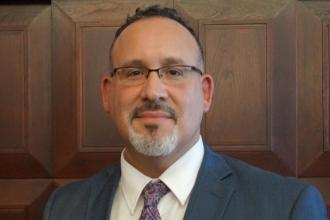